One of Europe’s largest fully integrated meeting venues is now adding to its meeting package with further options for digital and hybrid meetings. In addition to Gothia Studio, which was launched in the spring, a new visualisation suite is now being unveiled – The Studio.

The coronavirus pandemic has resulted in a sudden explosion in demand for digital meetings. The Studio at the Swedish Exhibition & Congress Centre and Gothia Towers is the latest initiative to address this sudden demand.

The Studio is a digital visualisation suite, specially designed for striking presentations, as well as being a professional-standard TV studio on a par with those otherwise owned by large TV broadcasters. A 22 m2 180-degree LED screen serves as a backdrop and presentation area. The concept and technical set up has been created and installed in cooperation with the audio-visual partner Adapt who are experts in creating experiences.

“Live broadcasts and filming meetings is nothing new for us – it is in fact tried-and-tested technology. The intention has always been to use The Studio specifically as a TV studio, even though prior to the pandemic it was primarily used as a showroom, where we could visualise and present different meeting solutions,” says Benny Karlsson, VP Sales & Marketing at the Swedish Exhibition & Congress Centre and Gothia Towers.

The premises are strategically located adjacent to other rooms and exhibition halls, allowing more people and different groups to participate in a meeting from there or from other locations by digital means. In other words, meetings using The Studio can be either completely digital or hybrid.

When the need for digital meetings became a reality, a new type of customer emerged, one who did not have the same knowledge as those who had previously booked this type of meeting.

“Consequently, it has been particularly important for us to offer meeting advice, where we can customise and project-manage the concept based on the customer’s needs, including digital elements,” says Benny Karlsson.

In addition to The Studio, Gothia Studioand other roomsfor digital meetings, there is also 41,000 m2 of meeting space. Meeting solutions can be scaled up or down in the form of hybrid or physical meetings depending on customer requirements.

“We were born out of the need for face-to-face meetings and can combine elements to produce an impactful complete experience. From your meeting venue you can also access restaurants and hotel rooms without setting foot outside,” says Benny.

Having large areas also brings requirements for offering a safe meeting place for physical meetings too.

“We take people’s safety very seriously. We have at least three main entrances and can run parallel meetings, each with their own entrance, giving the feeling of being the only ones here. We have a completely separate and unique service apparatus for that. We also ensure that meeting participants can take breaks and have lunch with capacity for social-distancing,” says Benny. 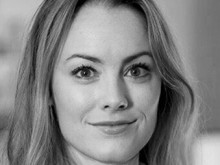 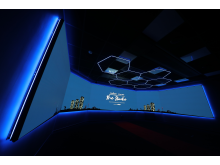 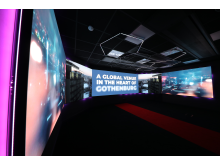 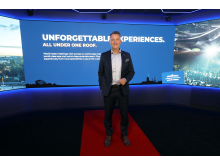